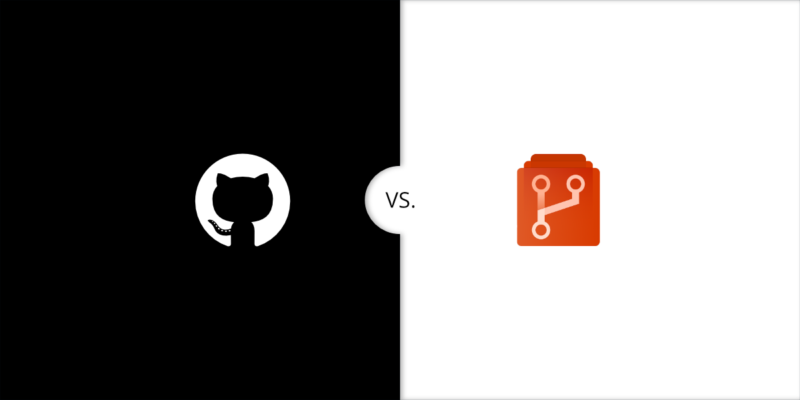 In the last five years, a lot has happened in the distributed version control systems industry. One of the major events was the acquisition of GitHub by Microsoft. Currently, the Redmond-based company is also developing its cloud offering. What is Azure Repos really, and how does this service relate to GitHub itself?

GitHub was founded as a startup whose mission was to provide an intuitive and reliable distributed system based on Git to the developer’s scene. The official website of the project was launched in 2008. Right from the start, GitHub, inc. had a flat organizational hierarchy. A slight digression – many startups are experimenting with this approach to company management. And from the business perspective, many fail to achieve intended goals and in the end disappear from the market. However, GitHub did not share such a fate. Just the opposite. Today, GitHub has the most significant number of users among all services offering distributed version control systems. It is also the most recognizable one and has a powerful brand on the market.

The story of GitHub continues

In 2008, Microsoft officially acquired GitHub and now owns it. Of course, MS “assured and ensured” that GitHub would continue to be developed as before. However, some commented on the accusation as a way for Microsoft to keep its documentation, scripts, and codes there. To some degree, this statement turned out to be true. In the last two years, MS transferred a large part of its documentation, sets of scripts, etc., to GitHub. A large part of the IT community has been afraid that GitHub will ultimately share the fate of Skype and become another cloud-based service purchased and entirely dependent on Microsoft. Will a GitHub future look like this too?

What is Azure Repos?

In recent years, Microsoft has focused on developing cloud-based services – the best example is Azure DevOps Services. The product has been first developed under the name Visual Studio Online. Then it evolved and changed into Microsoft Visual Studio Online or VSTS for short. Finally, it was renamed Azure DevOps Services, and from that moment, it became part of the Azure cloud ecosystem.

As you can see. in the corporate world, sometimes the development of a project takes an unexpected direction. It looks like projects like people have to mature to find their way… in the market. The Connectix is a great example of such a case. The company released a product called Connectix Virtual PC, which has been later acquired by Microsoft. They changed its name to Microsoft Virtual PC first and then Windows Virtual PC later. There is a popular opinion among many IT professionals that Hyper-V originated from this project exactly. There has been quite a long road that leads from a single machine virtualization tool to a hypervisor that can virtualize and manage multiple virtual machines in a cluster.

Everything as a service

It’s no secret that the company from Redmond is currently putting a lot of emphasis on developing its Azure cloud and promoting everything as a service slogan. In short, we can choose what servers, what databases and what programs we need for ourselves and buy them in Azure. Microsoft provides selected items as services. Currently, Outlook, Skype, or even a virtual desktop are also delivered as a service. And now Azure DevOps is also offered as such a service.

One of the first elements that we will see after entering the Azure Repos project website (Azure Repos) is a link to GitHub, and it is not a bug at all. Microsoft rightly develops these two projects as entirely separate since they’re targeting different user groups.

GitHub is a git-based version control system developed for the Community in mind and highly appreciated by it. It has always been oriented towards the open-source. What’s make GitHub stands out so much? Definitely intuitiveness and ease of use. With high reliability, good documentation, and continuous innovation, it’s not surprising that so many teams and programmers simply love this solution.

Azure Repos is also a git-based version control system, but the similarities to GitHub end here. The solution is part of Azure DevOps and, as the name suggests, is focused on DevOps professionals and DevOps teams. It’s offered as one of the Azure cloud services and targets private project repositories. It’s part of several tools for planning, managing, programming, and implementing projects. As part of the overall solution from MS, Azure Repos has also implemented tests and automation, thanks to which teams can deliver projects faster and more efficiently. The difference is also the teams for which this solution is intended. GitHub is perfect for open-source projects, where programmers come from around the world, often with varying levels of knowledge and commitment to the project. Azure DevOps is perfect for closed projects developed by companies for which code is essential – its management, testing, and projects automation, all of these features are in high demand.

The main difference between these version control systems

So we’re in a situation where, in theory, Microsoft has two products that serve the same purpose, right? Well not necessarily. We have proved that they are two different projects. GitHub is a comprehensive and independent product. On the other hand, Azure Repos is part of a larger service called Azure DevOps which is directed to DevOps professionals, for which the project management aspect is vital. However, whether you use GitHub or Azure DevOps, you should take good care of the repository and metadata backup. The GitProtect will help you with this. Thanks to our professional GitHub backup all of your code will be automatically and regularly backed up – according to your security or business requirements. And, if such need arises you will be able to migrate from GitHub to Bitbucket or GitLab, and conversely.

Are you ready to find if GitProtect is the best fit for your organization.? Then we strongly encourage you to start the free trial. By using this link you can test the solution for up to 30 days – no credit card required! 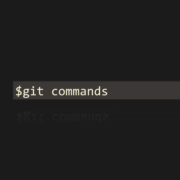 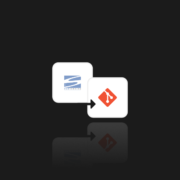 How to migrate to Git from SVN?