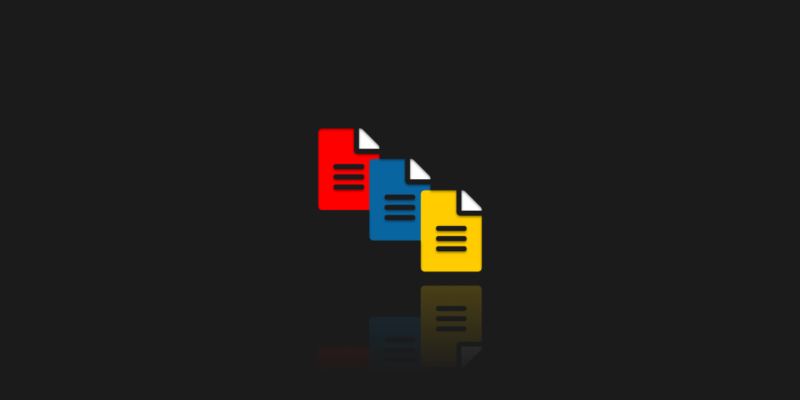 Version control systems have been successfully storming the IT world for years, and it can be said that they have entirely conquered it now. Currently, when globally, humanity has switched to remote work, Git systems have become a tool without which not only companies dealing strictly with programming, but each branch of the tree called IT uses this system natively and are entirely based on it.

What is a version control system?

By using a term version control system or in short VCS we have in mind a system capable of recording changes to a file or set of files over a time period, so programmers could recall a specific version later. Usually, we are using VCS to manage source code and day-to-day programmers’ work, but it’s worth mentioning that in reality any type of file can be version controlled.

A version control system is usually available in the form of a software package that can monitor files for changes, additionally allowing to tag so-called changes in a certain way. It’s clear that we are dealing with an extremely useful tool with multiple applications. If a need arises, a version control system allows to:

Now as you know what a VCS is we can move to the next topic – the classification of version control systems.

It works by keeping patch sets using a special format in the version tracker and storing it on a disk. This allows recreating the file’s contents exactly at any given time by adding up all the relevant patches.

The local version control system resolved many issues but as the requirements kept evolving centralized VCS started limiting some operations. For example, developers were not able to work collaboratively on the same project. So how was this problem solved? By keeping the files in a server that everybody has access to from their devices. As the files are stored in one single location (server) from which everybody needs to share the files, any changes are automatically shared with other members of the team. Hence the centralized version control system.

No solution is perfect. There are some risks associated with the centralized version control system because users only have the last version of files in their system. If the server gets corrupted there is a possibility to lose the entire history of your files. On the other hand, by using local VCS you lose the power to work collaboratively. Maybe the hybrid option is the right solution then? By combining the advantages of both VCS types, a distributed version control system allows to store the entire history of the file (or files) on each and every machine locally and also syncs the local changes made by the user back to the server. This allows developers to easily share all changes with the team and creates a truly collaborative working environment.

Back to the present: why version control systems are now more critical than ever

The COVID-19 epidemic meant that our global village in every field could switch to remote work. It is the end of 2021, and most companies are still very cautious about the topic of “going back to the offices.” Of course, there are already the first global players to make such moves, but it’s usually a hybrid system. There are even voices from influential CEOs that, thanks to the COVID-19 epidemic, humanity will never return to the eight-hour work system.

Nobody knows the future. COVID-19 has surprised everyone, too, but the truth is that the concept of work and attitudes towards it has changed over the past two years. I am writing here about a global approach, and considering IT, even staunch supporters of eight-hour work in the office do not believe that we will return to this form and condition. Personally, I think that the IT world will go utterly voluntary in this matter if an employee wants to work remotely, he will have such an option, if he wants to come to the office two days a week, he will also have such an option.

The truth is that even if the politicians started to change the laws that had not been touched for over a dozen years in a hurry in various countries like employee rights and obligations, etc., on their knees, It’s instead a sign that the changes are behind us, not ahead. Interestingly, politics and politicians always act after the fact. . We will not go back to what was. In IT, quite a lot of teams are currently working remotely, and there is a high probability that it will remain so for the next few years. Fortunately, this professional group has been testing this form of work for years, and most of the employees, team leaders, managers, etc., have learned to work in this way. Indeed, there are still cases when the manager of given team orders eight hours in front of the camera, but let’s agree that such a man should never be in such a position, and employees will instead “run away” from such a place of work. Additionally, we can agree that these kinds of “orders” are, in most cases, illegal anyway.

Hybrid or remote work is closely related to version control systems, and it can even be said that it is thanks to such tools that the IT world has been testing remote work to a greater or lesser extent for several years. Git combined with a methodology like Agile, Scrum, etc., allows you to manage your projects without the need for employees to stay physically in companies. Most of us will want to meet in the company from time to time and chat live with our colleagues, but the truth is that everyone is different. Some people are good at open space, but others can focus on a given task only in silence and isolation. There are many scientific papers from which one conclusion can be drawn. The more external stimuli, the greater the chance that the mind will be distracted, and it will take longer to attain the previous state of concentration.

After all, it’s a version control system, right?

Many times in the industry, there are voices of programmers that use Git. Why do we need a backup when we have such a system? We need to remember that the IT infrastructure in the company, even if all the information in bit and byte indicates that it’s based on a version control system, the truth is always that it’s not. In most cases, professional companies decide to install local or hybrid Git installations. This is, of course, a very logical approach resulting from several factors.

Firstly, a well-planned local IT infrastructure prepared according to the redundancy principle allows us to be safe even in a global failure of the cloud or our internet provider. Our employees will still be able to connect locally or remotely and continue to develop projects. Of course, only for a well-designed local infrastructure as I cannot imagine a professional software development company with an internet connection, only from one vendor. Usually, in the case of smaller companies, it usually looks like the primary connection to the Internet is provided by a local Internet provider, and the backup link, used only in emergency cases, is based, for example, on LTE Internet. With this assumption and an exemplary configuration, the infrastructure switches to LTE even if our leading supplier has failures. This approach minimizes the possible downtime of our company.

The second and most important factor is having a repository of codes, projects, etc., locally in the company. This approach, of course, means that in the event of unpredictable failures of 3 companies, be it ISPs or hosting service providers, or cloud providers, we as a company are still able to develop and comprehensively manage customer projects. The most important thing, however, is that we can plan and implement our backup system. GitProtect.io powered by Xopero ONE provides such a system. Thanks to GitProtect, we can also store such backups on an encrypted and protected cloud.

The infrastructure planned in this way is well prepared for any turmoil, but it is this, let’s call it, the physical layer that is the key, not the Git itself. I am writing about it because many people forget about it. Having a version control system and saying that we are safe because we can always manage our projects and we can go back to a given point at any time is wrong, in my opinion. An essential thing in every possible configuration and with every type of infrastructure should be a backup, and a backup that is reliable and tested. The company that has such a product in its portfolio is Xopero. Our GitProtect is the first git backup solution that offers easy and fast deployment and complete recovery options – disaster recovery and cross-recovery are included.

…is so important. Suppose you are a customer, i.e., a so-called Very Important Person emphasizing Very (author’s prank). In that case, you should make sure that the company you have chosen with your trust and money cares about the correct and tested backup of the projects that it does for you. Suppose you are the owner of such a company. In that case, you must be aware that the code, applications, or projects that you prepare as a company are not as important as taking care of their security. The best way to achieve this is a properly planned, implemented, and tested system for backup. GitProtect.io is such a system, so if you are an employee of such a company, you should also make sure that the company you work for cares for the security of the code or projects you prepare. 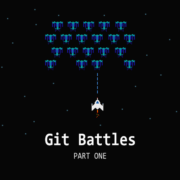 Git Battles Part 1: GitHub vs. Bitbucket – what to choose for your development team?

Bitbucket down? Bitbucket issues? That’s why you need Bitbucket backup